The introduction of the iPhone in 2007 revolutionized the way we not only use our phones, but our whole lives. It may seem quaint looking back to the smartphone landscape of 2008 when the first Android operating system was introduced, and we’ve certainly come a long, long way since then.

Join us for a look into the past as we go through, step by step, each and every one of Android’s delicious-sounding operating systems from 2008 to the present day, as we detail each and every major and minor change each update introduced as the world of the smartphone slowly started to take over our lives.

Officially debuting in 2008, Android 1.0 burst onto the scene looking to take Apple’s crown. While things were incredibly basic by today’s standards, Android 1.0 still offered early versions of Google apps such as Calendar, Gmail, Maps and YouTube, all fully integrated into the operating system.

Android also brought along an early version of the Google Play Store, then known as Market, only mere months after the launch of Apple’s App Store on the iPhone. One feature that Apple couldn’t boast, however, was Android’s onscreen widgets, although it wasn’t until a later date that developers would be able to create their own. 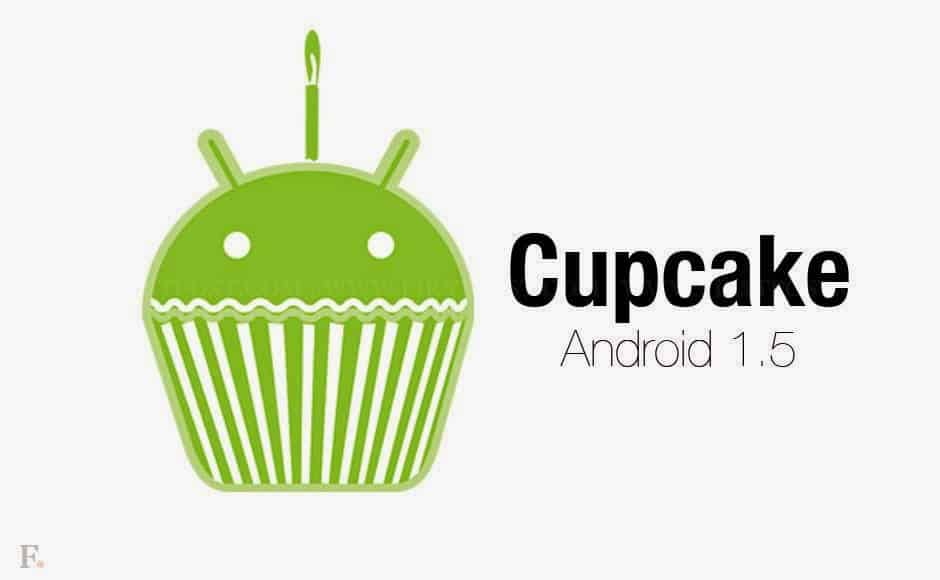 With the following year’s 1.5 update came the introduction of the infamous naming scheme. Not only this, though, the Cupcake update was the first to offer an on-screen keyboard rather than a physical one as had been the case with Android 1.0.

Widgets were also overhauled with the widgets SDK now open to third-party developers, and video capture was now introduced to supplement the previously photo only capture mode of before. 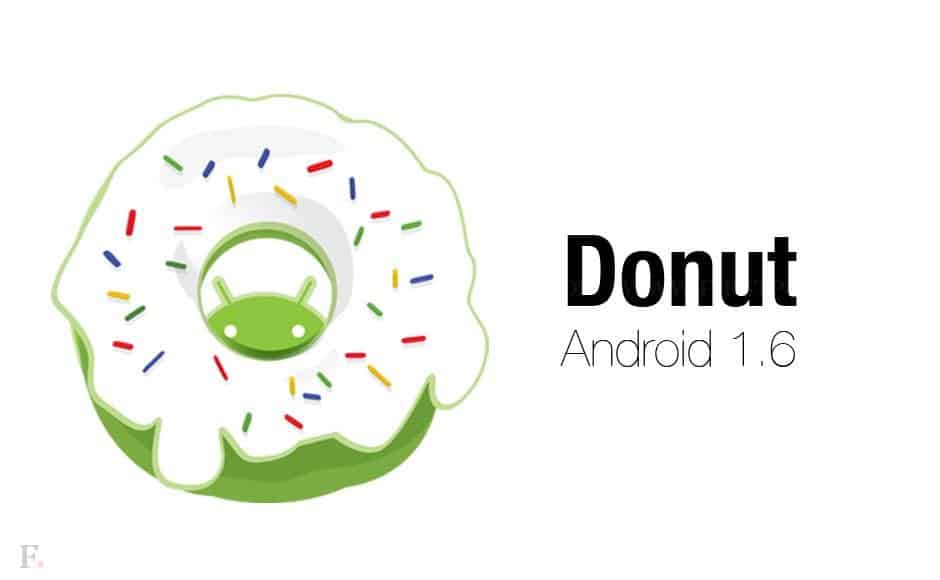 The Android 1.6 Donut update was much more significant than its name would imply. The main gist of Donut was to make the whole Android experience more user-friendly and open up its availability to millions more users by offering support for networks such as Sprint and Verizon in the U.S., along with many large Asian networks.

Around one year following Android 1.0’s initial launch in 2008, the first major update was released with Android’s Eclair, bringing with it some fairly huge changes which can still be seen to this day.

This release saw the introduction of navigation from Google Maps, featuring voice guidance and turn-by-turn navigation, which, to be available for free in 2009, was a pretty big deal.

Eclair also brought a pretty big revamp to Android’s internet browser, adding HTML5 support and allowing it to play videos, putting it right up on par with Apple’s iPhone. 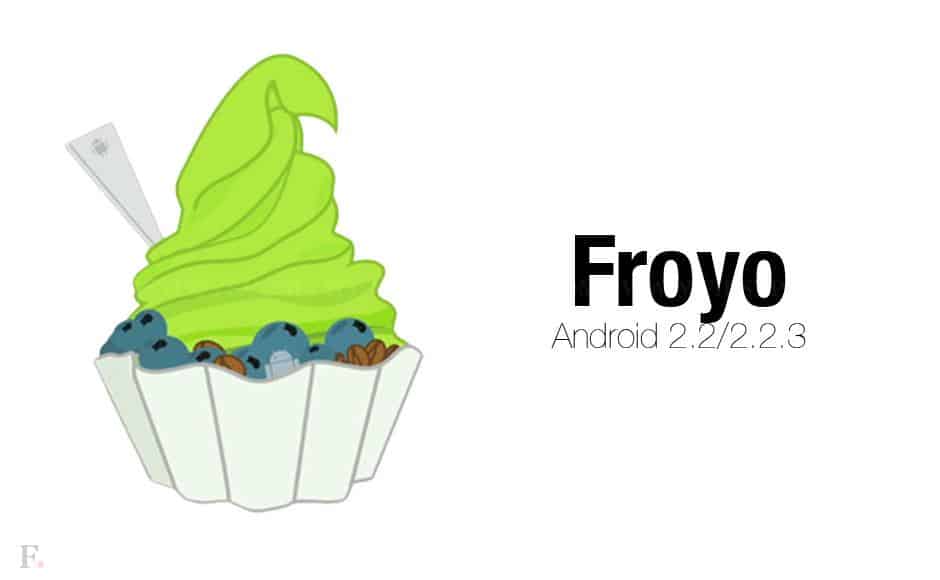 When Froyo was introduced in 2010 it showed the world just why the Nexus phone was a force to be reckoned with. The first of the Nexus phones, the Nexus One was the first to receive the Android 2.2 Froyo update. Much like with the previous iteration, Froyo’s aim was to ultimately further refine the Android experience, introducing two further home screen panels on top of the previously available 3, and offering a fresh new redesign to the Gallery app.

Froyo also offered many great improvements under-the-hood, such as a PIN lock screen as an optional alternative to the previously exclusively offered pattern lock screen and mobile hot spot support.

As the Nexus program was growing, it was the latest product, the Nexus S, that was chosen to debut 2.3, this time known as Gingerbread. This once again introduced big changes and refinements, bringing a whole new redesign of the home screen and widgets.

The keyboard was also improved, adding multitouch support and support for front-facing cameras.

Since the smartphone market was in full swing, it was now time to focus on the tablet. In hindsight, Honeycomb was something of an indicator toward what was to come.

Gone was the operating system’s classic green accents, replaced instead with hues of blue. Additionally, users could now select the widgets they wanted with previews as to how they would look. The biggest change of all, perhaps, was the removal of the need for any physical buttons. In their place, software would be doing all of the work with virtual buttons.

While the Nexus S proved to be great for Google and Samsung’s partnership, there were still greater things up their collective sleeve. Google’s latest Android 4.0 software, Ice Cream Sandwich, was launched on the brand new Samsung Galaxy Nexus, incorporating many of the great features that Honeycomb had provided for the tablet market.

New features such as virtual buttons, the blue highlights, and a refined interface lead the way, along with others such as facial recognition, new calendar and mail apps, and data usage analysis.

While not much changed between Ice Cream Sandwich and Jelly Bean, it was nevertheless something of a new era for Google’s OS; there were many great new features hidden under the surface. Most notably, Google Now was introduced which with a quick swipe could provide all sorts of information, such as weather reports, calendar events, or emails — all in a single screen. This was to provide the groundwork for future digital assistants, such as Google Assistant.

Jelly Bean also saw the implementation of Project Butter, which sought to drastically improve the software’s touch performance. By tripling buffering graphics, Google was effectively able to provide a much smoother experience, doing away with any visual stuttering. Additional fonts, the flexibility of widgets, and expandable notifications were also added, making Jelly Bean one of the most expansive updates thus far. 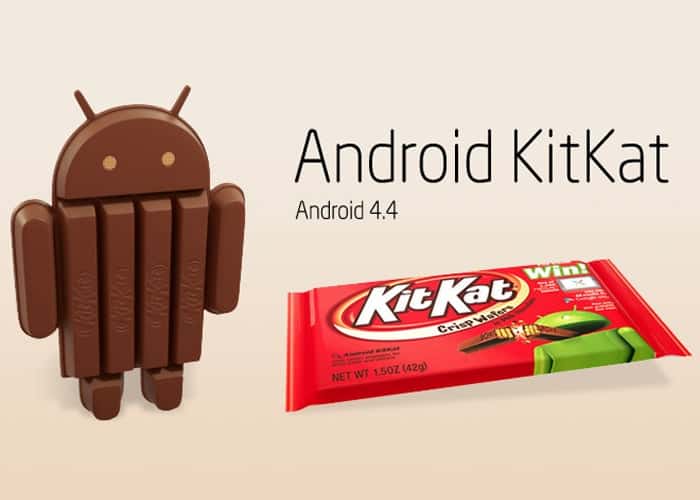 Coinciding with the release of the Nexus 5, KitKat had a whole lot to offer users. Completely revamping the operating system, 4.4 totally modernized the look of the Android software, bringing one of the biggest aesthetic changes to date. The blue accents that Honeycomb introduced had now been replaced again, this time with something of a more refined white. Along with this change came redesigns to Android’s stock apps to also show lighter color schemes.

The “OK, Google” search command was also introduced with KitKat along with full-screen apps, a new phone dialer, and Hangouts, an app that provided users with SMS support for the Hangouts messaging platform.

With Lollipop came a new philosophy for Google and Android: “Material Design.” There were additional non-aesthetic updates too, including some major under-the-hood updates.

Gone was Dalvik VM, now replaced with Android Runtime. Notifications also saw some upgrades, and support was brought in for RAW image files.

Android TV was also introduced alongside Lollipop for TV platforms and is still in use to this day.

More changes both aesthetic and practical came with 2015’s Marshmallow. The most notable difference was an overhaul to the app menu. Gone was the black background and in was a new white one, along with a handy new search bar. The memory manager was also introduced with Marshmallow, providing users with the ability to check in on how much memory any app was using over the previous 3, 6, 12 or 24 hours.

READ  Challenges Every Entrepreneur Faces and How to Overcome Them

Volume controls were also comprehensively overhauled with Marshmallow, allowing users to alter volumes for not only the device, but also media and alarms. Security was also upgraded with the addition of fingerprint sensors.

In the first 10 years of its life, Nougat represents perhaps one of Android’s biggest upgrades. The biggest of this is the aforementioned replacement of Google Now with the much posited Google Assistant.

Nougat also brought improvements to the notifications system, altering its appearance and function. Unlike with previous versions of Android, notifications could now be grouped together and were viewable from screen to screen. Nougat also brought a huge boost to the system’s multitasking capabilities, offering a split screen mode for both phones and tablets. 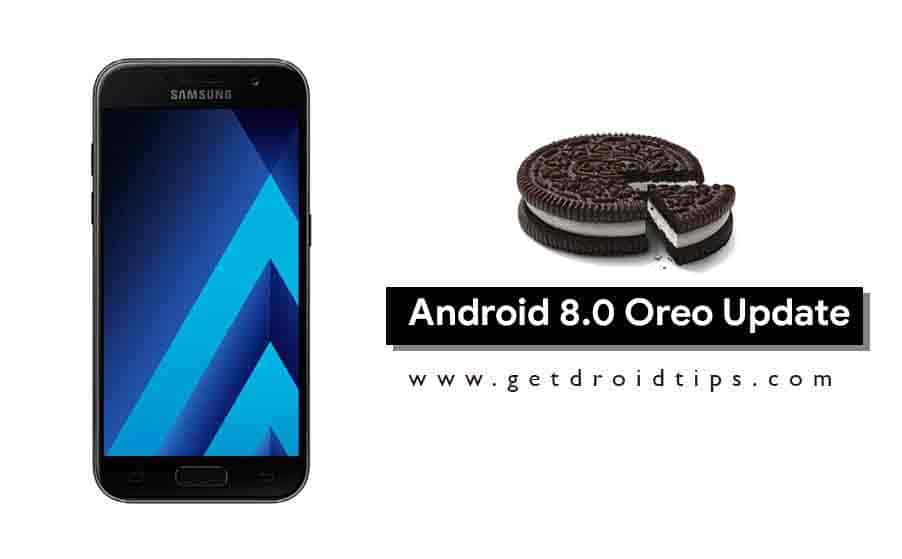 Further multitasking features were the name of the game when Oreo dropped in 2017. Picture-in-picture capabilities and native split-screen both made their first appearance, allowing users to browse the web while watching their favorite tv shows all at the same time.

Notifications once again got a big boost with much more control placed into the hands of users. It was now possible to turn notification channels on or off while sorting them based on importance. Notification dots and the ability to snooze notifications were also introduced.

At the end of Android’s first 10 years, Google introduced Android 9.0 Pie. The 3 buttons users had known for years were replaced with one single pill-shaped button, and further controls for notifications were also introduced. A new feature, “Digital Wellbeing,” was also brought to devices, allowing users to see exactly how they’re using their phones and what apps they’re using the most with an aim to helping people greater manage their digital lives and smartphone addiction.

Adaptive battery, which helps to curb the amount of power that background apps use, was also introduced with Pie, along with “App Actions.”

Android 10 was something of new ground for Google and Android. Gone are the sugary desserts, replaced with a whole new rebranding of the operating system. It’ll be solely numbers from here on, along with a brand new logo and a brand new color scheme.

Features wise, navigation buttons are now gone for good, replaced entirely with gestures. A new dark mode was also introduced to help save battery power and be a little easier on the eyes.