How often are you on your mobile device or using an app? For most people, the first thing they do when they wake up in the morning is looking at their phone. As a result, this provides mobile app developers with unlimited opportunities to promote their app and drive downloads.

In fact, a recent report by Flurry stated that 86% of the time that an individual spends on their device is inside an app. Furthermore, those attached to their mobile devices will launch apps over 60 times per day. Mobile app inventories are among the most attractive type of inventory for advertisers: most of the attention of the market is focused here.

Check how you can turn your WordPress website into mobile app.

Since we know mobile users are using apps on a regular basis, it’s important to identify how best to advertise your app to users to drive downloads and app engagement.

There’s a common misconception that the best way to get your app noticed is to advertise it on the App Store. However, with the amount of apps competition for eyeballs on the online marketplace, mobile app developers and marketers are looking for other ways to market their app. As it turns out, there are plenty of options.

Apps are not just discovered in the app stores

Many marketers assume consumers head into an app store to search for what’s new. Yes, 40% of all smartphone users search for apps within app stores.  It is still a very popular way of finding new apps, ranging from the latest in music streaming, fitness tracking, gaming and much more.  However, app stores aren’t the only place where apps are discovered.

There are many different instances where people find out about apps while they are using their smartphones – surfing on a mobile website, watching YouTube, searching for another app or engaged in an app. Research indicates that apps are discovered by simply searching.

For local apps, discovery using a search engine is particularly prevalent, especially for apps in the tech and travel categories.

So, how can you get consumers to notice your app? The way to increase visibility for your app using app promotion is to focus on customer experience! This way, it allows your brand to reach a broader audience looking for apps similar to you’re your app has to offer them. Besides search, your campaign can be extended across different ad formats where app installations are driven, including video and display. This can especially help individuals discover your apps in all kinds of different places, including the web and on mobile.

Mobile web and mobile app are two alternative mediums often used by advertisers for their marketing efforts, and are vastly different from promoting an app on the App Store for iOS. This article will outline the differences to help you determine how best to market your app to your target audience. 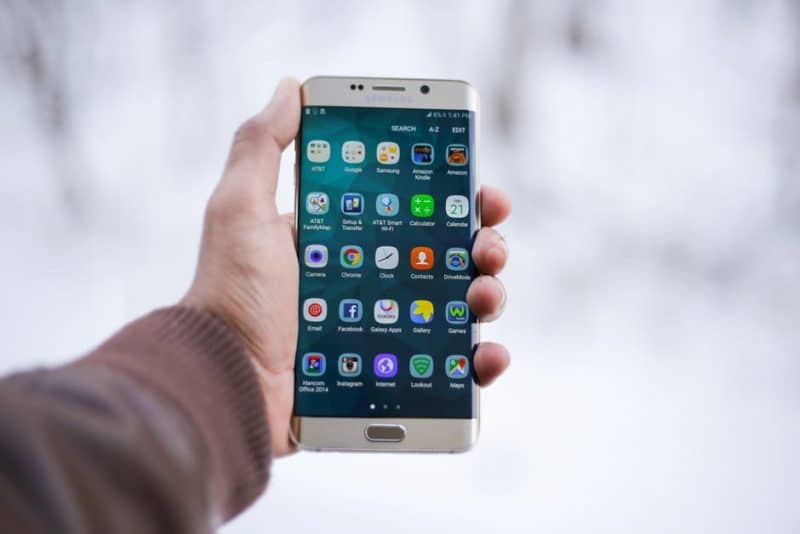 App to App versus Web to App

Mobile device users use their phones in a multitude of ways. App developers can promote their apps within apps, or on the web.

App to app is when a user is already using an app and sees an advertisement for another app pop up as they’re using it. Picture this: you open an app like Shazam to find out a song title and seeing an ad for Spotify. When a user clicks on the ad, it opens in the App Store (if the user doesn’t already have the app) and can download it. This is a great technique to target your audience who are using similar apps.

Web to app promotion occurs when a user is surfing a web browser on their mobile device and sees an ad on a web page for an app. Once they click on the app advertisement, it will open in the App Store.

Measuring what is more effective

As you start to develop your mobile campaigns, you need to ensure to have the proper technology in place in order to measure your campaign’s overall success and gain insight into the best way to optimize specific channels for driving improved results. Your results will depend on how your target audience consumes information – whether they spend more time using apps, or on the web where they can see an advertisement.

Any live app within the App Store has its own static web URL, therefore any marketing channel may be used by app marketers to acquire new users.

Mobile apps that are promoted on the App Store benefit from indexing for App Store country/category rankings, searches and other features.

App Store SEO is called app store optimization (ASO). ASO’s main goal is aligned with search engine optimization: earning a top 10 ranking (equivalent to first-page visibility) for relevant and popular keywords, and convert a visitor into an installer following that.

Mobile apps will not only earn downloads from keyword searches done in the App Store, but also through earning spots on the app’s respective category top chart.  Although there are numerous factors that go into keyword rankings, the deciding factor for the country or app’s category ranking for an app is just the revenue generated or velocity of downloads.

App Store promotion can be a very lucrative way of marketing your app if the ASO is done properly. Without it, there may be slow growth. If you are launching a brand new app that does not have reviews and ratings on the App Store, you may want to consider alternative marketing techniques to build your brand’s app online.