With the rapid expansion of internet community and infinite possibilities internet provides to user, it didn’t take much time for users to realize that www (World Wide Web) can be a really fruitful place for commercial activity. Within no time, online market was given birth, offering all types of goods and services at the doorstep. This new sensation was called E-commerce or Electronic Commerce.

The impact of Ecommerce on the Global Economy

As technology, ecommerce, and globalization become more entwined, sellers and buyers tightening the knots of their connectivity, as well as the speed at which they carry out their sales transactions. Ecommerce has brought a drastic change in the traditional market. This change has been welcomed with open arms by many countries and the businesses within them. It has given a completely new dimension to the global sales.

According to Internet Live Stats, around 3.424 billion people in the world were using Internet at the end of the year 2016. This almost comprises half of the World’s population.

Retail ecommerce sales which include products and services (barring travel, restaurant and event ticket sales) crossed a figure of $2 trillion last year and expected to cross 4 trillion by the end of 2020.

As per eMarketer, Asia-Pacific will remain the largest market in terms of retail ecommerce activities, with the projection of sales of almost $2.725 trillion by the end of 2020.

Top 12 E-commerce Markets in the World: READ  Importance of Educating Your Employees on CyberSecurity

China’s online retail is controlled by two local players, Tmall.com (Alibaba) and JD.com and is eminent by its technological advancement in terms of mobile support. The social network WeChat launched its online services in the year 2014 and since then has been extremely successful. After ruling the ecommerce world for more than a decade, US are currently holding the number 2 spot in the ecommerce world. Faced with an expected increase of 56% in online sales by 2020, the country’s future is promising indeed. However, with respect to m-commerce the figures remain somewhat shady as almost 70% of online sales are still from desktop, with smartphones and tablet having a very minor share of 15 and 13% respectively. The ecommerce activities are mainly led by giants like Amazon & eBay. The annual online sale is around $395BN which constitutes a share of almost 11% of the world’s share. 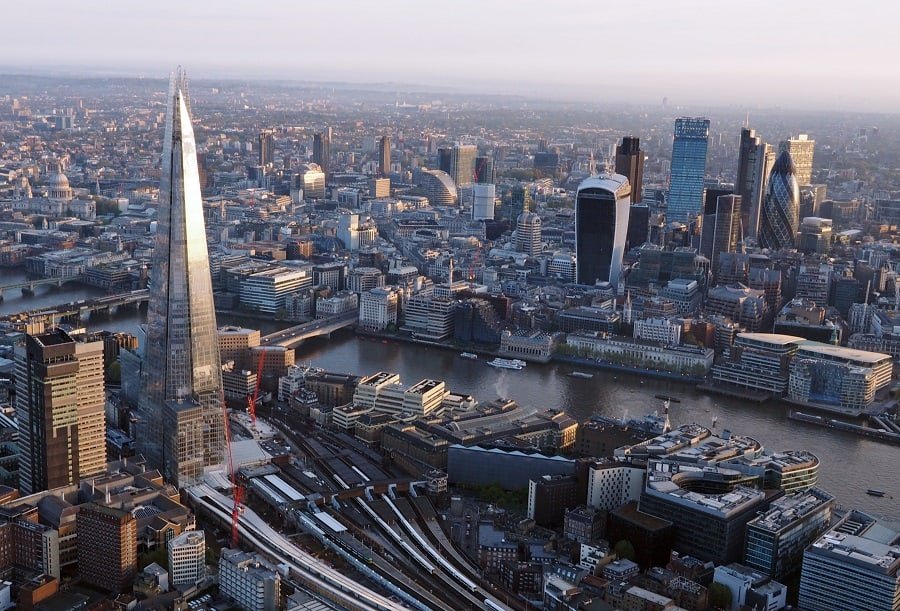 UK is a big player in terms of ecommerce and sitting quite comfortable on the third position in the list. Argos, Play.com and Amazon UK are the leading ecommerce websites in the country. The annual sale has crossed a figure of $100 billion. The country also has one of the highest sales percentages of ecommerce to retail sales (total). The annual sale is

UK enjoys a very high penetration rate of more than 90%, the country represents a real golden opening for increasing sales. The UK is home to nearly 42 million online shoppers. The county of the rising sun is one of the leading m-commerce player in the world, which is the probably the future of ecommerce. The dominant ecommerce platform of Japan is Rakuten, which over the period of time has taken over many ecommerce websites across the globe.

The annual online sale is around $85 BN, which accounts for almost 5.7% of the world’s share. The Europe’s second largest ecommerce market is Germany after UK. Otto, eBay and Amazon are the major players in terms of ecommerce in the country. The annual sales is around $77 BN, There is tight race for 5th spot between Germany and France. France is not far behind Germany in terms of annual sale, with annual sale of almost $68 BN. Odigeo and C-Discount are local ecommerce players. Amazon also has a good penetration in the country. The ecommerce sector of the country has been constantly growing, In the year 2016; the sales grew by almost 12%. South Korea is the country with the fastest wireless internet speed in the world. The country is doing well, largely thanks to Seoul, which alone hold more than 25 MN inhabitants. The Koreans prefer buying online and almost 58% of the population prefers to order via mobile. Korea is one of the leaders in m-commerce segment. The annual sale is around $42 BN. Canada is one the few countries the world that has huge ecommerce market, but with very low competition, Amazon reigns country’s ecommerce market followed by the local brand Costco. The francophone part of the territory holds a real advantage for French companies to penetrate in the country and tap the market which currently is untapped. The annual sale of the country is around $ 35 BN.

Emerging Players in the Market: The largest country in South America, is the biggest e-commerce market in Latin America. The internet users of the country mainly shop for fashion, clothing and accessories. The annual sale currently is around $18 BN, but there is great deal of potential in the country. The largest country in the world, Russia has almost 90 million internet users, which includes 30 million e shoppers. These two facts are enough to show the potential that lies in the country in terms of ecommerce. The local population loves buying online as it gives them the liberty to online products that are unavailable locally. India is the second largest country in the world in terms of population. The country has made great steps in the field of IT. India is an unconquered fertile land for ecommerce. Currently, ecommerce market is very small, hardly constitutes 1% of world’s ecommerce spending. This is mainly because of less internet users as compare to its population. This allows for great opportunity to be at hand. Hong Kong was ranked 12th out of 139 economies of the world in surveyed in the report for ‘Network readiness‘, which comprises of indicators like regulatory and political environment, business environment, infrastructure skills and affordability.

AUTHOR: Syed Adeel Ali Shah is a Banker by profession. Apart from this, He is a content writer and a blogger. He has done MBA in Marketing and Finance. You can contact him at SyedAdeelAliShah4@gmail.com

READ  Hamburger Menu Alternatives (2021): How to Improve Your Mobile Navigation